By Brendan O’Malley – Managing Editor. Revisiting our series on Transformative Leadership published by University World News in partnership with The MasterCard Foundation, Carolyn Muriel Shields reflects on how to move the dialogue forward, arguing that it is time to end the rankings and the competition to be ‘best in the world’ and focus instead on how we can help to create ‘the best world’ in which we can live together in mutual benefit. Susan V Berrresford argues that the world needs fellowship programmes that build on the talent and determination of local leaders from marginalised communities to help create a fresh pipeline of leaders to strengthen work on inequality and exclusion.
In Commentary, Damtew Teferra says African academics and intellectuals on the continent and in the diaspora must play a role in countering the prejudice and misinformation about Africa on the part of leaders such as United States President Donald Trump. Robert A Scott contends that governing boards need to have a better understanding of how universities operate and should be “mission-based and market sensitive”. Colleen Howell outlines a new research project being undertaken across four African countries to explore how key tertiary education players understand higher education and the public good within their national and regional contexts. And Marijke Wahlers discusses higher education internationalisation in Germany, a country that has set itself apart from the mainstream of recruiting international students to cover deficits in university budgets.
In Student View, Mona Jebril, a student from Gaza who gained a masters at Oxford and a PhD at Cambridge, says if universities want to be truly international, they need to think carefully about how they support international students from conflict zones.
In our World Blog, Emmanuelle Fick and Grace Karram Stephenson discuss how Canada’s recent Ontario college strike called attention to the issue of precarious employment in higher education, with an impressive feature of the strike being that full-time and contract faculty stood united.
Reporting back on last Wednesday’s webinar on the megatrends shaping the future of global higher education that was hosted by StudyPortals, Nic Mitchell writes that a poll taken during the webinar showed that most participants agreed that universities face transformative changes over the next decade but few believed universities were prepared for the sea change ahead.
In Features this week, Ararat L Osipian contends that Ukraine’s universities have closed their doors and sent students on extended holidays until spring because of a lack of money to pay heating bills. More...
Posté par pcassuto à 08:04 - Dialogue - Permalien [#] 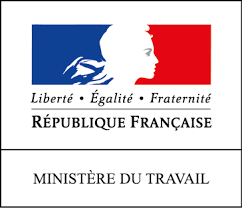