By Scott Jaschik. Graduate teaching assistants at New York University could be represented by a union as early as next year, under a deal announced Tuesday afternoon. Under the deal between NYU and the United Auto Workers, an election is expected next month on whether graduate teaching assistants would like to be represented by the UAW. If they vote yes, as is expected, NYU would become the first private university since 2005 with unionized TAs. Read more...
Posté par pcassuto à 12:58 - Syndicats - Permalien [#]

By Max Bearak. For decades, India’s institutes of technology and management, the famed I.I.T.’s and I.I.M.’s, have been seen as the pinnacle of this country’s higher education, offering world-class courses and above all, employability to its graduates. Yet a group of successful professionals and entrepreneurs, some of them alumni of these universities, have come together to establish an alternative to what they say is an educational paradigm that overly emphasizes technical capabilities while neglecting vital skills like critical thinking, communications and teamwork. More...

By Kane Fulton. Can scale up to a whopping 8.8 Terabits of capacity. A new version of the high speed JANET network has been launched to support higher education and research institutions. JANET6 can scale up to 8.8 Terabits of capacity using 100-Gigabit Ethernet. Its network architecture was in development for three years and its maker, the government-funded JANET organisation, expects that its fibre infrastructure backbone will last for at least 10 years. More... By Dick Ahlstrom. Teachers’ unions open campaign to defend third level bodies in their research.
Irish universities are turning into profit-making institutions rather than serving their proper purpose as a public good. The change could destroy the higher education sector, university staff have warned.
A ‘Defend the University’ campaign was launched today by two unions who represent lecturers, the Irish Federation of University Teachers and Siptu. They say they have the initial support of at least 700 lecturers and academics across all seven Irish universities with more moving to support the call.
The campaign also launched a 10-point charter aimed at preventing the universities from becoming a research backup for the private sector. Their concerns arose because of current Government policy which argues that State investment in research should deliver a return, in the case of university principally from useful products, services and medical treatments. More...

By Geoff Maslen. More women are enrolling at university than before, and outnumber men from bachelor degrees to the top doctoral peaks.
Girls outperform and outstay boys in school and, as a result, they go on to university in ever greater numbers. According to new statistics from the federal Education Department, the number of female students in higher education jumped by 33.5 per cent between 2002 and 2012, compared with a 22 per cent rise for males. In 2002, of the 151,550 Australian students who graduated from university, 56 per cent were women. By 2012, graduation numbers had increased to nearly 195,000, of whom 60 per cent were female, a ratio likely to be higher again this year. Read more...

By Joel Fensch. As presidential candidate Michelle Bachelet prepares for a second round of voting on December 15 in Chile, for what would be a second term in office, her campaign has released a proposal to provide universal access to higher education at no cost to students. Her campaign’s five-member special unit’s proposal not only requires broadly increasing the country’s welfare state, it also calls for the elimination of for-profit universities, which currently play an important role in the country’s education system. The team is proposing new taxes on “professionals,” to cover the cost of providing free access to universities. More...

Exclusive: New ethical code of practice will save students from rogue agents

By Richard Garner. Plans aimed at stopping “rogue” agents supplying overseas students to UK universities can be unveiled today by The Independent on Sunday.
The British Council will publish an online database listing all the agents around the world who have signed up to a new ethical code of practice in the wake of several cases involving conflicts of interest – with the agent being paid by both student and university. The use of agents has mushroomed over the past few years, as UK universities seek to recruit more international students who pay full-cost fees. According to researchers, UK universities are shelling out £60m a year in agents’ fees and recruiting 50,000 students annually through this method. Read more...
Posté par pcassuto à 11:32 - Déontologie-Ethique - Permalien [#]

On course to become a credit worthy qualification 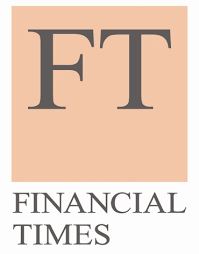 High quality global journalism requires investment. Please share this article with others using the link below, do not cut & paste the article.
If the first chapter in the evolution of massive open online courses (Moocs) was written in the US, it may well be in Europe that they make their next significant advance.
This is the view of Hannes Klöpper, co-founder and chief academic officer at Iversity, a Berlin-based Mooc platform that launched in October 2013. Mr Klöpper argues that the European Credit Transfer and Accumulation System (ECTS) presents an opportunity to transform Moocs – free, standalone courses – from academic novelty to meaningful qualifications. Read more...
Posté par pcassuto à 11:26 - MOOC-Massive Open Online Courses - Permalien [#]
Tags : ECTS

If the first chapter in the evolution of massive open online courses was written in the US, it may well be in Europe that they make their next significant advance. This is the view of Hannes Klöpper, co-founder and chief academic officer at Iversity, a Berlin-based MOOC platform that launched recently, writes Adam Palin for the Financial Times.
Klöpper argues that the European Credit Transfer and Accumulation System, or ECTS, presents an opportunity to transform MOOCs – free, standalone courses – from academic novelty to meaningful qualifications. Under the ECTS, students can transfer credits for study already completed towards an appropriate equivalent degree in any of the 53 countries that have ratified the Lisbon Recognition Convention.
Should European universities start awarding students credit for attainment in Moocs, Klöpper says that the ECTS provides a legal basis for mutual credit recognition. Klöpper says that this sets Europe apart from the US.
Full report on the Financial Times site.
Posté par pcassuto à 11:20 - ECTS-ECVET-SURS-Crédits - Permalien [#]
Tags : MOOCs

By Roger Y Chao Jr. At a talk at City University of Hong Kong on 13 November Dr Yukio Hatoyama, president of the East Asian Community Institute, outlined a vision of an East Asian Community based on the spirit of fraternity, cooperation and empathy.
The role of the Collective Action for Mobility Program of University Students in Asia – CAMPUS Asia – would be to act as a platform for community building towards establishing an East Asian Community, he said. Read more...
Posté par pcassuto à 11:03 - Asie-Pacifique - Permalien [#]