The common denominator tying together the work conducted at this Institute is the single vast geographic region that it falls within, stretching from the Mediterranean shores of Africa and the Levant to south of the Sahara, and from the Atlantic to the Persian Gulf, including Iran and Turkey. It also covers the migrant communities of these regions settled in Europe. These studies are undertaken on varying scales, from local monographs (a village, a town, a territory) to regional overviews that include all or part of this region of competence. Below, for ease of navigation, is a brief list of the terrains – divided by country in their modern definition, or by zone – of the Institute’s members and programs. More...

A Few Landmarks: from the CENA to IREMAM

In 1958: Creation of the Centre for North African Studies (CENA), hosted by the IEP (Political Studies Institute), in Aix-en-Provence, principally a documentation service, dedicated to addressing issues on the Maghreb in the Political, Economic or Modern Historical Sciences. Director: Jean-Paul Trystram.

This Centre was founded at the initiative of Jean-Paul Trystram, Roger Le Tourneau, André Adam and Jean-Louis Miège on their return from North Africa, and Maurice Flory.

1962: The Research Centre on Mediterranean Africa (CRAM) is founded on the 17th of January 1962 (although it will not begin its formal existence until the 20th of November 1963), with the aim of uniting dispersed research resources, comprises of the following sections:

A section dedicated to Antiquity

A section dedicated to the Modern and Early Modern periods

A section specifically dedicated to Algerian issues (which remains active in Algiers).

The former two sections have their head offices at the Faculty of Law and Letters of Aix-Marseille University.

1st of January 1964: Effective operation of the Research Center on Mediterranean Africa (CRAM), with its own CNRS Laboratory.Two sections:

A section dedicated to the Early Modern and Modern periods (Jean-Louis Miège).

1965-1968: Nomination of the CRAM’s Director (Roger Le Tourneau), independent of the heads of section.

31 December 1968: The Director of the CNRS decides to dissolve the CRAM.

1969: Creation of the Institute of Mediterranean Research (IRM), which brings together laboratories working on the Mediterranean world:

The Center for the Study of Mediterranean Societies (CESM), Director: Georges Duby

The Institute for the History of the French Overseas Countries (IHPOM), Director: Jean-Louis Miège

And lastly the Laboratory for the Anthropology and Prehistory of the Western Mediterranean Countries (LAPMO), Director: Gabriel Camps.

Director of the IRM: Jean-Louis MIEGE.

1st of January 1970: Official creation of the Center of Research and Study on Mediterranean Societies (CRESM), which covers the political and legal sciences, human geography, sociology, modern history and economics of the countries of the Maghreb.

Independent Laboratory until 1970, then an Associate Laboratory in 1971.

1971-1985: Nomination of Prof. Maurice FLORY, as Director of the CRESM, Associate Laboratory.

1975: The Center for the Study of Mediterranean Geography (CEGM) joins the IRM, Director: Maurice Wolkowitsch.

15th of February 1976: Creation of a Scientific Interest Group (GIS), with a 5-year contract (renewable), with the aim to bring together research teams and coordinate their work dedicated to research in Humanities in the Mediterranean region (between the CNRS and the three Aix-Marseille Universities). The research teams that belong to the group are:

The group is hosted by Aix-Marseille I, at the Maison de la Méditerranée, avenue Pasteur.

July 1977: Creation of CEROAC (Center of Research and Study on the Contemporary Arab Orient); one of its aims is to contribute to gathering documents about the Near East and to develop the potential for cooperation.

Director: André Raymond, as part of the Aire Méditerranéenne GIS, of the CNRS and the three Aix-Marseille Universities. CEROAC also joins the IRM in 1978. The Centre begins to be fully operational in October 1977.

1979: The CRESM leaves its offices in the Faculty of Law, and the executive secretary’s office moves to avenue Pasteur.

1980: The library of the Arabic section moves to avenue Pasteur.

1985: The Direction des Sciences de l’Homme et de la Société of the CNRS charges André Raymond with the task of restructuring research on the Arab and Muslim world in the Aix-Marseille region, with the principal aim of pooling available material and scientific means.

May 1986: Creation of the IREMAM Federating Institute (Institute of Research and Study on the Arab and Muslim World) André RAYMOND, Professor at Aix-Marseille I and Director of the CRESM, is appointed director of IREMAM.

See online : Inauguration of the The Institute of Research and Study on the Arab and Muslim World at Aix-en-Provence INA (in French), 1986 - FTV - F3 - Le journal Provence Alpes.

The Center of Research and Study on Mediterranean Societies (CRESM)

January 1988: Official date of the effective creation of the Joint Research Unit IREMAM. (CNRS, Aix-Marseille I and III).

November 1989: The CRESM, CEROAC and GREPO are effectively merged with IREMAM.

8th of March 1990: Convention for the creation of the UMR IREMAM signed by the CNRS, Aix-Marseille I and Aix-Marseille III (1988-1991). Nomination of Michel CAMAU, as Director of IREMAM.

January 1991: The staff of the Research Team “Anthropologie des zones berbères et sahariennes”, previously attached to the LAPMO, are affected to IREMAM.

May 1992: Nomination of Ahmed MAHIOU, as Director of IREMAM.

January 1996: Renewal of the convention with the CNRS, Aix-Marseille I, II and III.

October 1997: Nomination of Christian ROBIN, as Director of IREMAM.

September 2001: Nomination of Eberhard KIENLE as Director of IREMAM.

2004: Complete transfer of IREMAM offices to the MMSH in Aix.

2008-2012: Nomination of Ghislaine ALLEAUME as Director of IREMAM.

2012-2014: Nomination of Ghislaine ALLEAUME as Director of IREMAM, and of Homa LESSAN PEZECHKI to the post of Assistant Director of the Unit.

New title of the laboratory : The Institute of Research and Study on the Arab and Muslim Worlds. More...
Posté par pcassuto à 21:23 - MENA-Middle East and North Africa - Permalien [#]

The Institute of Research and Study on the Arab and Muslim Worlds, Iremam - UMR 7310

Founded in 1986, The Institute of Research and Study on the Arab and Muslim Worlds (IREMAM) is the successor of older centers that focused upon the southern Mediterranean coast, anchored since 1958 around a multidisciplinary research hub in Aix-en-Provence. Its creation confirmed the trend for broadening research, initially centered around North Africa, to the entire Muslim Mediterranean world, as well as the growing role of the social sciences in our understanding of contemporary societies. Its long experience and the richness of its documentary resources make it one of the largest research centers on this part of the world in France.
Today, the Institute is a “Joint Research Unit” (UMR or Unite mixte de recherche), a collaboration between the CNRS and Aix-Marseille University.
Its offices are based in the Maison Méditerranéenne des Sciences de l’Homme (1997), on the Jas de Bouffan Campus. The Institute has a manifold mission ; research, documentation, research training, receiving the public, and the publication and dissemination of knowledge. The Institute boasts around forty permanent collaborating staff members – researchers, research professors, engineers and technicians – and is connected to a broad network of associated members.
The Institute is also a laboratory environment for doctoral students, associated with the Aix-Marseille University Doctoral School, and hosts four Masters of Research. Close to fifty students of all nationalities receive training here in the humanities and social science research professions.
Lastly, the laboratory maintains numerous partnerships with research centers on the southern coast of the Mediterranean, as well as strong ties with French research centers abroad. More...
Posté par pcassuto à 21:18 - MENA-Middle East and North Africa - Permalien [#] 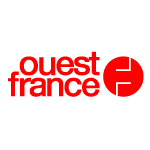