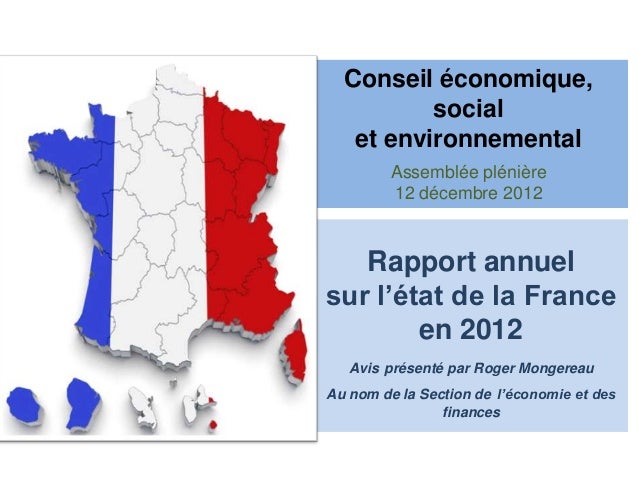 On the occasion of 30 years of local missions, the EESC reiterates its two recent opinions in which he reaffirmed their support role.
On the occasion of the national meeting of local missions, which this year celebrates its 30 years in Lille, the Economic, Social and Environmental Committee (EESC) recalls his two young devoted to reviews in which the role of supporting local missions has was reaffirmed. More...
Posté par pcassuto à 23:38 - CESE-CESER-Conseil Economique, Social et Environnemental - Permalien [#]

Blog Educpros Pierre Dubois. Dec. 21, 2012. Today is the end of the world. Tomorrow may be a new world. And worse? It will keep the old games confused, more sophisticated and more away from the humor of the Oulipo. I left the game. I take this evening end of the world to remove the blog "Stories of universities." This column is the last one that addresses the current and future higher education and research. If January 6, 2013, the fourth anniversary of the blog, the world still exists, then "Stories universities" open a new page of its existence. A dive into the past. More...
Posté par pcassuto à 22:51 - Blogs - Permalien [#]

3000th article on the blog of Michael Abhervé for Economic Alternatives . On this day of Christmas seems the three thousandth article of this blog, reflecting a higher frequency of articles over the past year, with more than a hundred items per month and at least one article every day of the year (sometimes by the ability Programming articles, as is the case for example with the two published today). We wanted to pay tribute to the blog of Michael Abhervé that relentlessly delivers his analyzes and publishes opinions. We refer as needed and we appreciate his professionalism. A blog without moderation. More...
Posté par pcassuto à 22:30 - Blogs - Permalien [#]

Online courses are transforming higher education, creating new opportunities for the best and huge problems for the rest.
TOP-QUALITY teaching, stringent admissions criteria and impressive qualifications allow the world’s best universities to charge mega-fees: over $50,000 for a year of undergraduate study at Harvard. Less exalted providers have boomed too, with a similar model that sells seminars, lectures, exams and a “salad days” social life in a single bundle. Now online provision is transforming higher education, giving the best universities a chance to widen their catch, opening new opportunities for the agile, and threatening doom for the laggard and mediocre.
The roots are decades old. Britain’s Open University started teaching via radio and television in 1971; the for-profit University of Phoenix has been teaching online since 1989; MIT and others have been posting lectures on the internet for a decade. But the change in 2012 has been electrifying. Two start-ups, both spawned by Stanford University, are recruiting students at an astonishing rate for “massive open online courses” or MOOCs. In January Sebastian Thrun, a computer-science professor there, announced the launch of Udacity. It started to offer courses the next month—a nanosecond by the standards of old-style university decision making. He also gave up his Stanford tenure, saying that Udacity had “completely changed my perspective”. In October Udacity raised $15m from investors. It has 475,000 users. Read more...

Pay in Oil Fields Is Luring Youths in Montana

By Jack Healy. SIDNEY, Mont. — For most high school seniors, a college degree is the surest path to a decent job and a stable future. But here in oil country, some teenagers are choosing the oil fields over universities, forgoing higher education for jobs with salaries that can start at $50,000 a year.
It is a lucrative but risky decision for any 18-year-old to make, one that could foreclose on his future if the frenzied pace of oil and gas drilling from here to North Dakota to Texas falters and work dries up. But with unemployment at more than 12 percent nationwide for young adults and college tuition soaring, students here on the snow-glazed plains of eastern Montana said they were ready to take their chances.
“I just figured, the oil field is here and I’d make the money while I could,” said Tegan Sivertson, 19, who monitors pipelines for a gas company, sometimes working 15-hour days. “I didn’t want to waste the money and go to school when I could make just as much.”
Less than a year after proms and homecoming games, teenagers like Mr. Sivertson now wake at 4 a.m. to make the three-hour trek to remote oil rigs. They fish busted machinery out of two-mile-deep hydraulic fracturing wells and repair safety devices that keep the wells from rupturing, often working alongside men old enough to be their fathers. Some live at home; others drive back on weekends to eat their mothers’ food, do loads of laundry and go to high school basketball games, still straddling the blurred border between childhood and adulthood.
Just as gold rushes and silver booms once brought opera houses and armies of prospectors to rugged corners of the West, today’s headlong race for oil and gas is reshaping staid communities in the northern Plains, bringing once untold floods of cash and job prospects, but also deep anxieties about crime, growth and a future newly vulnerable to cycles of boom and bust. Read more...
Posté par pcassuto à 21:48 - Amérique - Permalien [#]

By Shiv Malik. London mayor intervenes after film school students were asked to hand over passports to Border Agency in November.
Scores of international students have been stranded without passports and are unable to get home for Christmas after the UK Border Agency asked them to reapply for their visas.
London School of Film students from as far afield as the US, India, Russia and Lebanon were asked to hand over their passports to the Border Agency in November so they could be issued with new study permits, following the decision to strip London Metropolitan University of its "higher trusted status" before the start of the academic year.
The Guardian understands that London Met, which sponsors the students and issues degrees on behalf of the film school, also has hundreds of international students who are unable to get home due to lengthy delays at the Border Agency, despite being promised a fast-track service.
Education vice-president at London Met, Syed Rumman, said he believed around 600-700 Met Uni students were stuck because UKBA still had their passports.
After a petition by the film students, the office of the London mayor, Boris Johnson, said it had written to the Border Agency to try to expedite the process. Read more...
Posté par pcassuto à 21:45 - Visa - Permalien [#]

Education – the salvation of the nation’s poor and often disenfranchised student over the last 30 years – now is pegged as a clear divider in a widening economic gap, even for those who pursue and complete college degrees.
“Everyone wants to think of education as an equalizer – the place where upward mobility gets started,” Greg J. Duncan, an economist at the University of California, Irvine, recently told the New York Times. “But on virtually every measure we have, the gaps between high- and low-income kids are widening. It’s very disheartening.”
While both wealthy and low-income students have improved their odds of finishing college, the affluent have a sizable lead. That’s more than likely because they return home to segregated neighborhoods of economically comfortable residents, who become their sources for high-income jobs. Struggling students, are laden with high student-loan debt and jobs that interfere with their ability to maintain the high grade point averages that nab the top salaries after graduation. Read more...
Posté par pcassuto à 21:40 - Coût - Permalien [#]